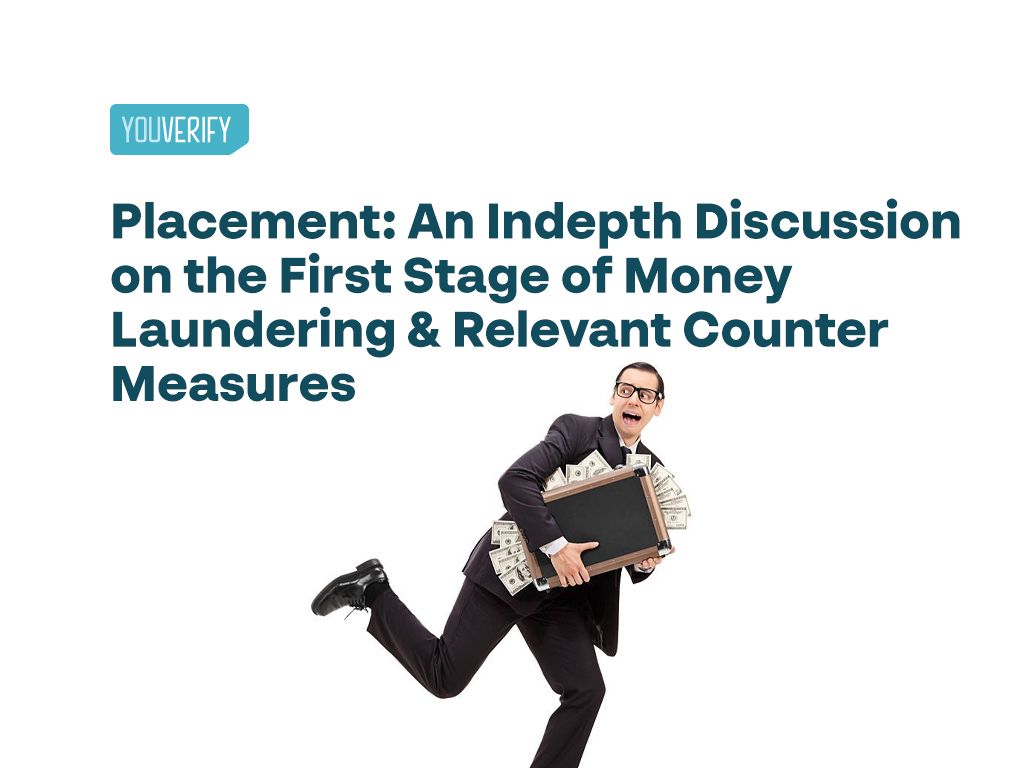 What is placement in money laundering? After illegal money is obtained, the very first step is to find a way to inject it into the legal financial system. This is in an effort to distance the cash from its illegal source, and the process of doing that is called placement. As the first step, placement is quite risky and it is a stage where authorities can easily catch the launderers.

More or less, placement is the same thing as trying to hide the illegal source of the money, and it could be done by placing the money in the financial system through banks, casino shops and other legitimate businesses.

What is the Placement stage?

The placement stage in money laundering refers to the initial introduction of “dirty” cash or illegal proceeds into the financial system. Basically, in this stage, the money launderer seeks to get rid of holding and guarding large amounts of cash. The money is washed and disguised by being placed into a legitimate financial system within the country or in offshore accounts.

It is the first and most risky of the 3 money laundering stages.

How is Placement Achieved in Money Laundering?

Although there are several ways in which dirty money can be introduced into the financial system, six of the most common examples are:

Blending is the process a business undergoes to blend illegal funds with legitimate proceeds. It could be done through cash-intensive businesses like casinos, car washes, and strip clubs because they have little or no variable costs.

Offshore accounts are one of the major money laundering instruments. Illegal money is often hidden in these accounts to hide the identities and real beneficial owners. Also, criminals open offshore accounts (in a country outside where the individual resides) to evade tax.

Invoice fraud is certainly one of the activities we can't leave out when discussing what is placement in money laundering. It is arguably the most common technique used in transferring dirty money. It primarily includes under-invoicing, falsely describing goods and services, over-invoicing, phantom shipping etc. Phantom shipping refers to the act of shipping an empty parcel and using its fraudulent documentation to justify an abroad payment.

The act of breaking a large sum of money into smaller and less suspicious pieces and transacting them below the AML threshold is called smurfing. Basically, the illegal funds are transferred into a series of bank accounts by several people called smurfs or by a single individual over a long period of time.

For aborted transactions, the money is transferred to a lawyer or accountant who holds it until a  premeditated transaction is completed. The transactions are then cancelled and the funds are repaid to the criminal from an unquestionable source.

This is one of the good ways of conducting money laundering. It involves carrying little sums of cash abroad and below the customs declaration/ AML threshold. The cash is then paid into foreign accounts after which it is sent back home.

Read also - Why is KYC Important for financial institutions?

Now that you have a thorough understanding of what is placement in money laundering, it is now important that you know how to deal with it. During the placement stage, the criminal most likely interacts with a financial institution to introduce the money to the legal financial system. At this point, they can be fished out with robust KYC, AML and Customer Due Diligence (CDD). Financial institutions could also install transaction monitoring software to catch red flags that would normally slip through.

See how 100+ leading companies use YV OS for KYC and AML screening of customers for compliance and real-time risk detection. Request a demo today.

What is Layering in Money Laundering?

What is Integration in Money Laundering?