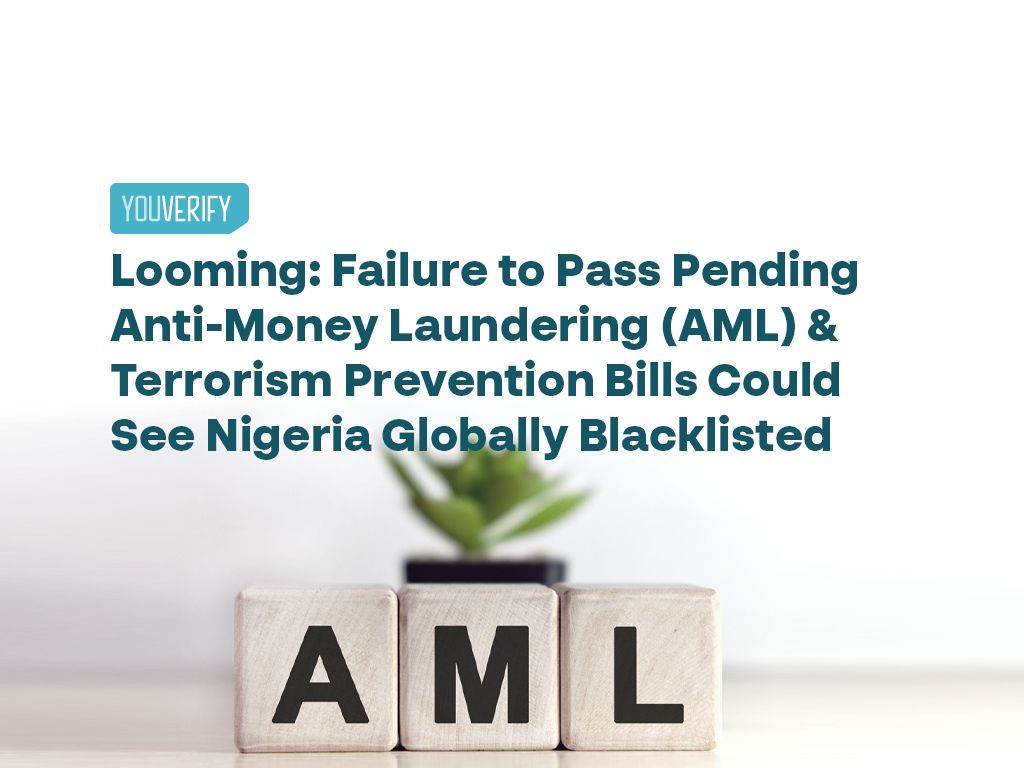 News last week reveals that Nigeria is possibly walking on thin ropes as there were deficiencies observed in its adherence to the global anti-money laundering and terrorism standards. Nigeria’s AML and CFT standards are deficient, a situation which could lead to eventual blacklisting by the Financial Action Task Force (FATF) if appropriate actions are not taken.

The Financial Action Task Force (FATF) is the international body in charge of regulating the industry to restrict the misuse of virtual assets for terrorist financing and money laundering. This body set the standard for Anti Money Laundering (AML) and Counter-Terrorist Financing (CFT).

The bills were sent over with a letter from the president, dated 12 April 2022, where he requested the passage of both bills in pursuant to the provisions of Section 58(2) of the Constitution and the deficiencies in the country’s Anti-Money Laundering/Combating the Financing of Terrorism regime (AML/CFT). This makes it imperative that both bills are passed.

The president also warned in his letter that the non-passing of both bills could lead to the eventual blacklisting of Nigeria by the Financial Action Task Force (FATF).

These new bills followed approximately three weeks after the Senate amended the current money Laundering Act 2011. The amendment mandated banks and other financial institutions to report single transactions or lodgment from N10 million and above for corporations and N5 and above for individuals.

This report should be compiled in writing and sent over to a proposed Special Control Unit Against Money Laundering. The unit would be domiciled under the Economic and Financial Crimes Commission (EFCC).

President Buhari informed the National Assembly that these new bills were birthed out of a recent evaluation carried out by the Inter-Governmental Action Group against Money Laundering in West Africa (GABA). The evaluation revealed deficiencies in Nigeria’s current Anti-Money Laundering/Combating the Financing of Terrorism regime (AML/CFT).

He added that the results of the evaluation prompted the Ministry of Justice and other important stakeholders to draft the Money Laundering (Prohibition) Bill, 2022, and Terrorism (Prevention) Bill, 2022 to address exposed deficiencies.

Unless these deficiencies are addressed promptly by the lawmakers to bring Nigeria in conformity with the current Financial Action Task Force (FATF) recommendations, the country risks facing a public statement blacklisting by FATF, which would lead to negative consequences to the economy, he said.

Details and actions to be taken on the bills would be discussed on another legislative day by the National Assembly.

Read this article to understand how you can protect your business ahead of the bill being passed - President Buhari Proposes New Bills That Could Greatly Impact Nigerian Businesses – Here’s How to Protect Your Business Ahead.

Book a demo session today to see how YV OS can help automate your business’s KYC Due Diligence to satisfy AML regulations! Also, feel free to contact us here for any questions.